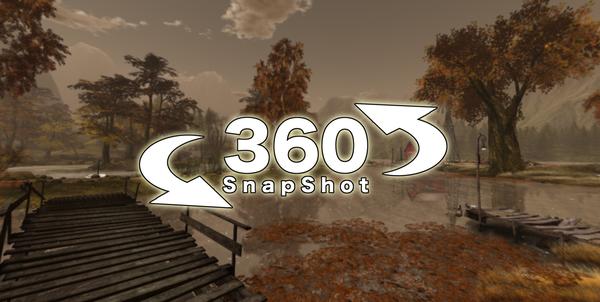 Since 2016 a Second Life “Project Viewer” has been under development by Linden Lab that allows for the creation of 360° snapshots in Second Life virtual world scenes (see this earlier blog post). After a period of inactivity, a new version 6.4.23.563579 was released on September 3rd, 2021.

The 360° Project Viewer allows for the capture of 360° panorama (equirectangular) snapshots which can be saved to the users’ local computer and then viewed or shared via social media streams, uploaded to sites that support 360° images such as Flickr, or viewed in VR for example via the “360 Photos” app for Oculus Rift. The facility can be accessed via the Viewer menu “World” -> “360 Snapshot”. For convenience, a User Interface button can be added to the menu bar to provide access to the 360° Snapshot Tool, or a link off the standard 2D snapshot tool also opens the 360° tool.

Set a suitable viewer distance for what you want to capture, and I find it best to look round and ensure all content is concurrently visible without refreshing as you look round. Try increasing the viewer cache size if it doesn’t.

All 360° images are created as 4096×2048, 24-bit colour and 96dpi. The quality settings vary in the JPEG image quality saved setting, and hence the file size. All image quality levels looked crisp except for “Preview” which appears blurry. 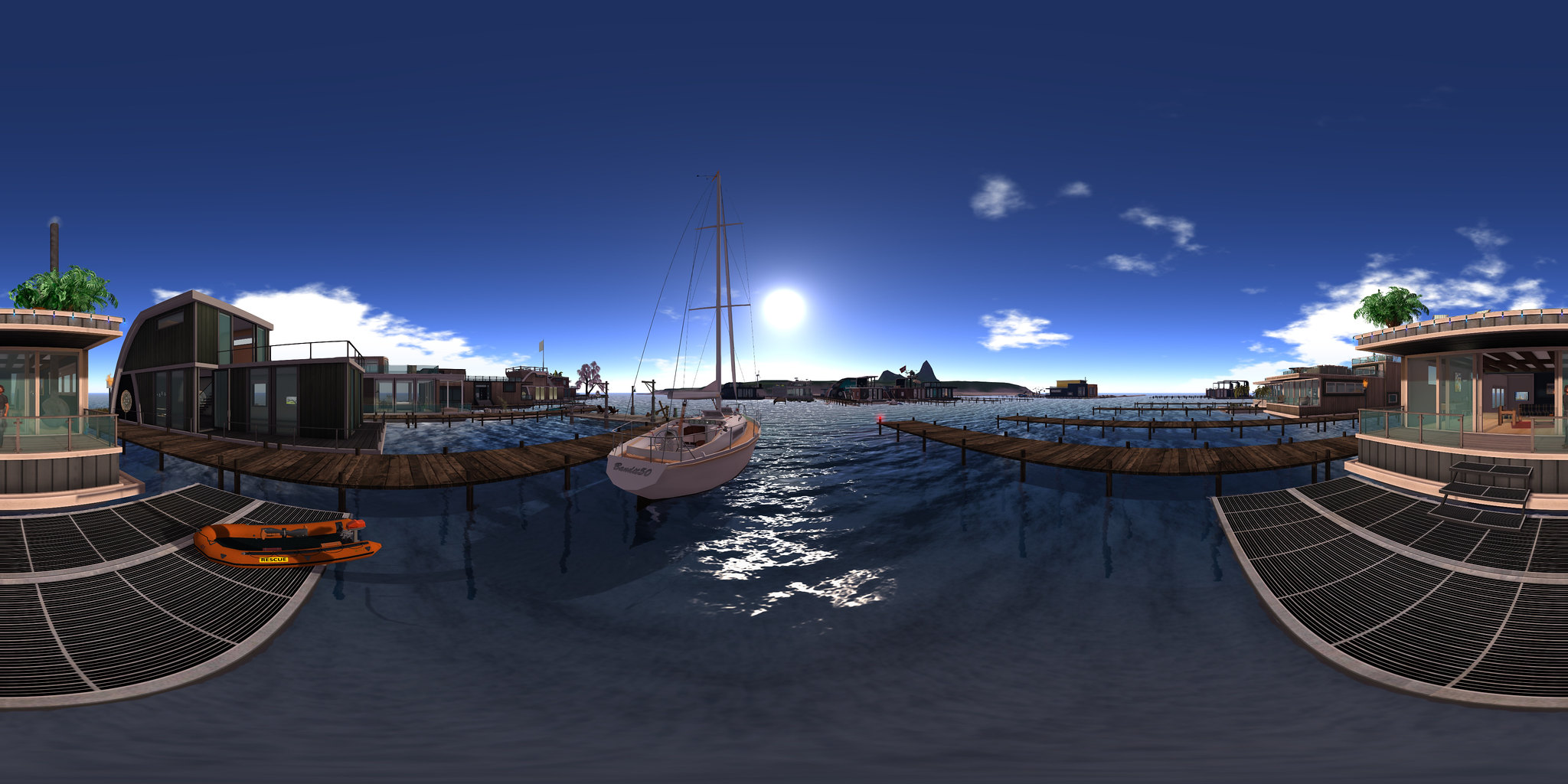 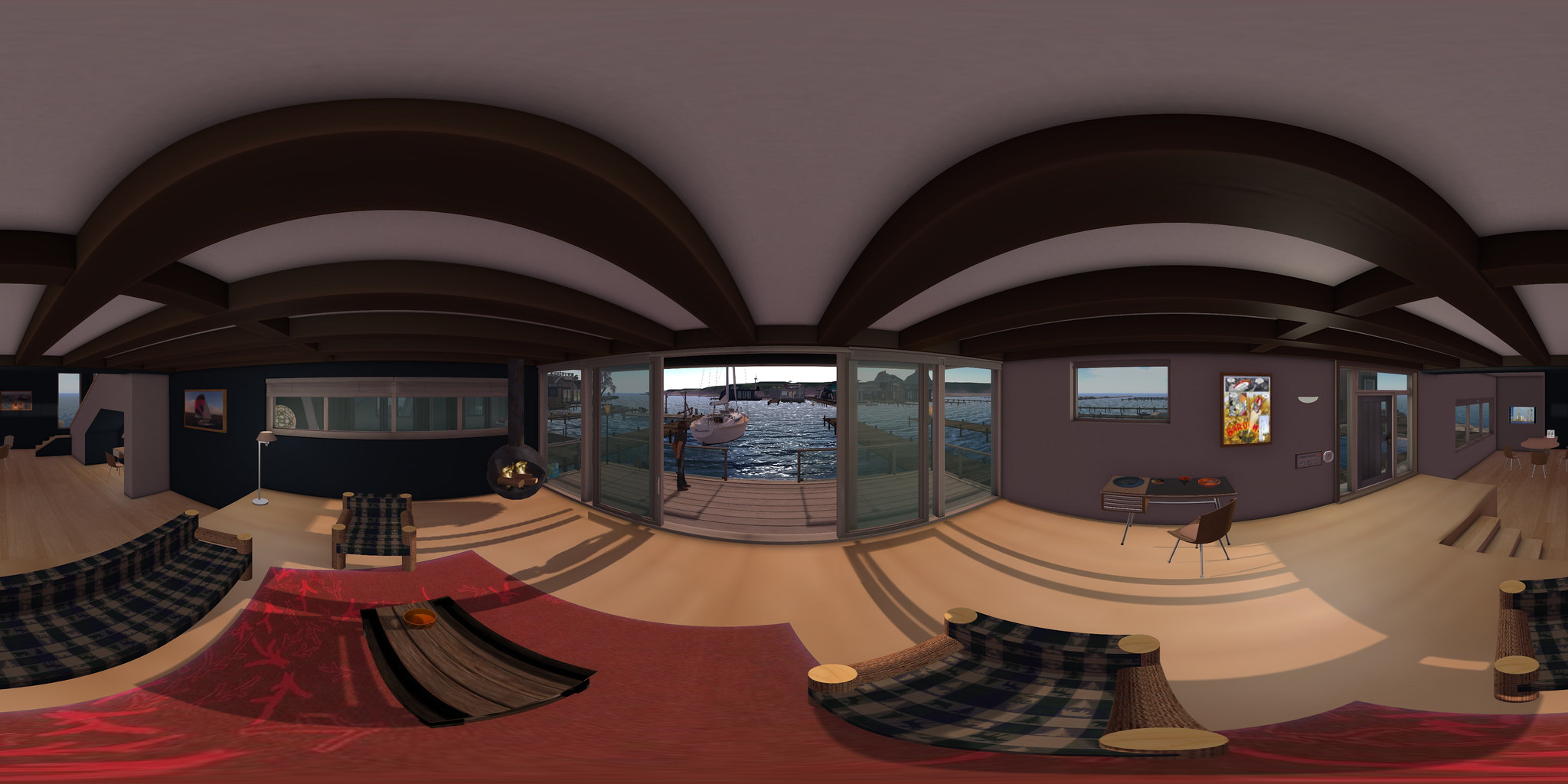 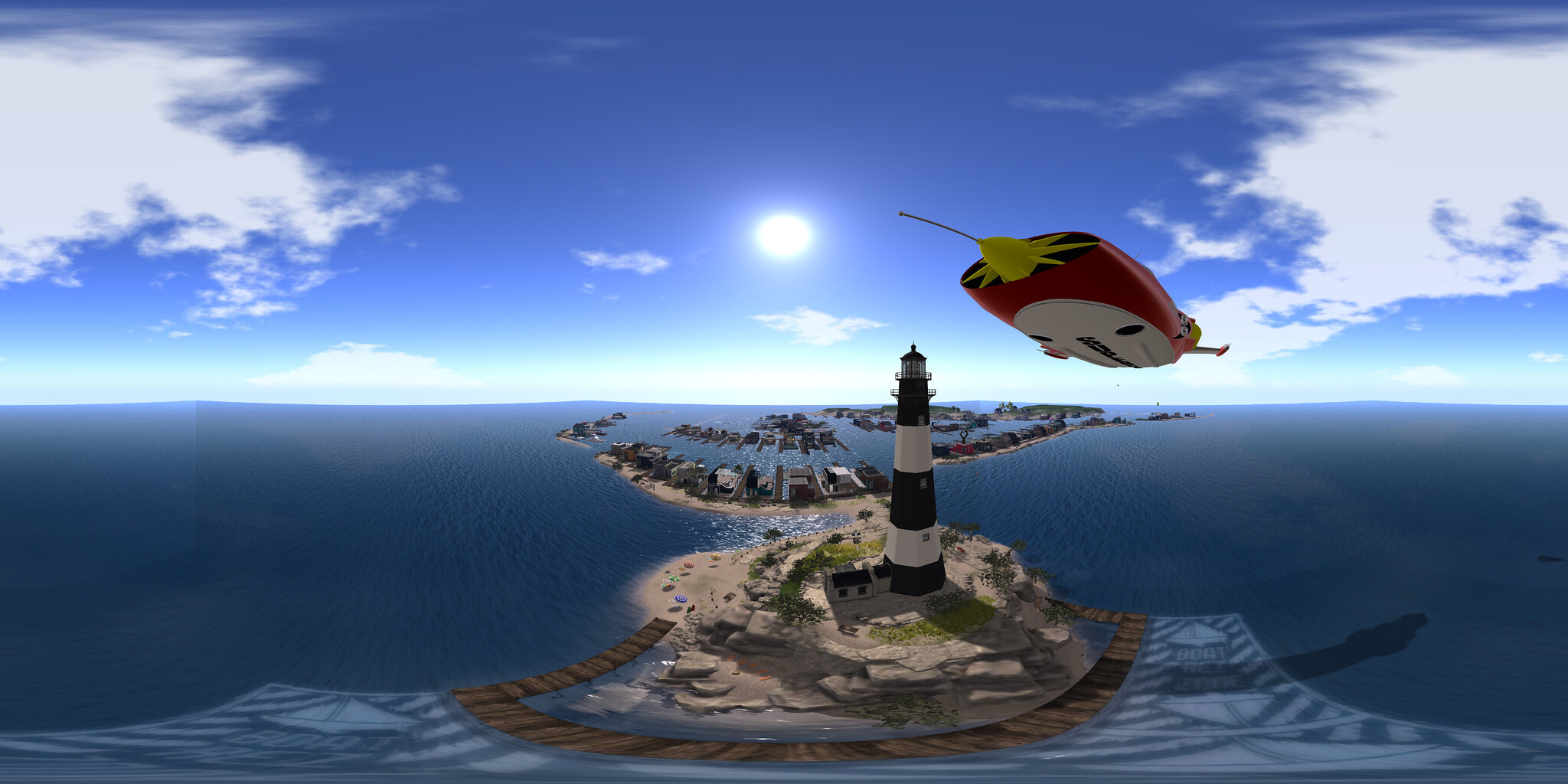 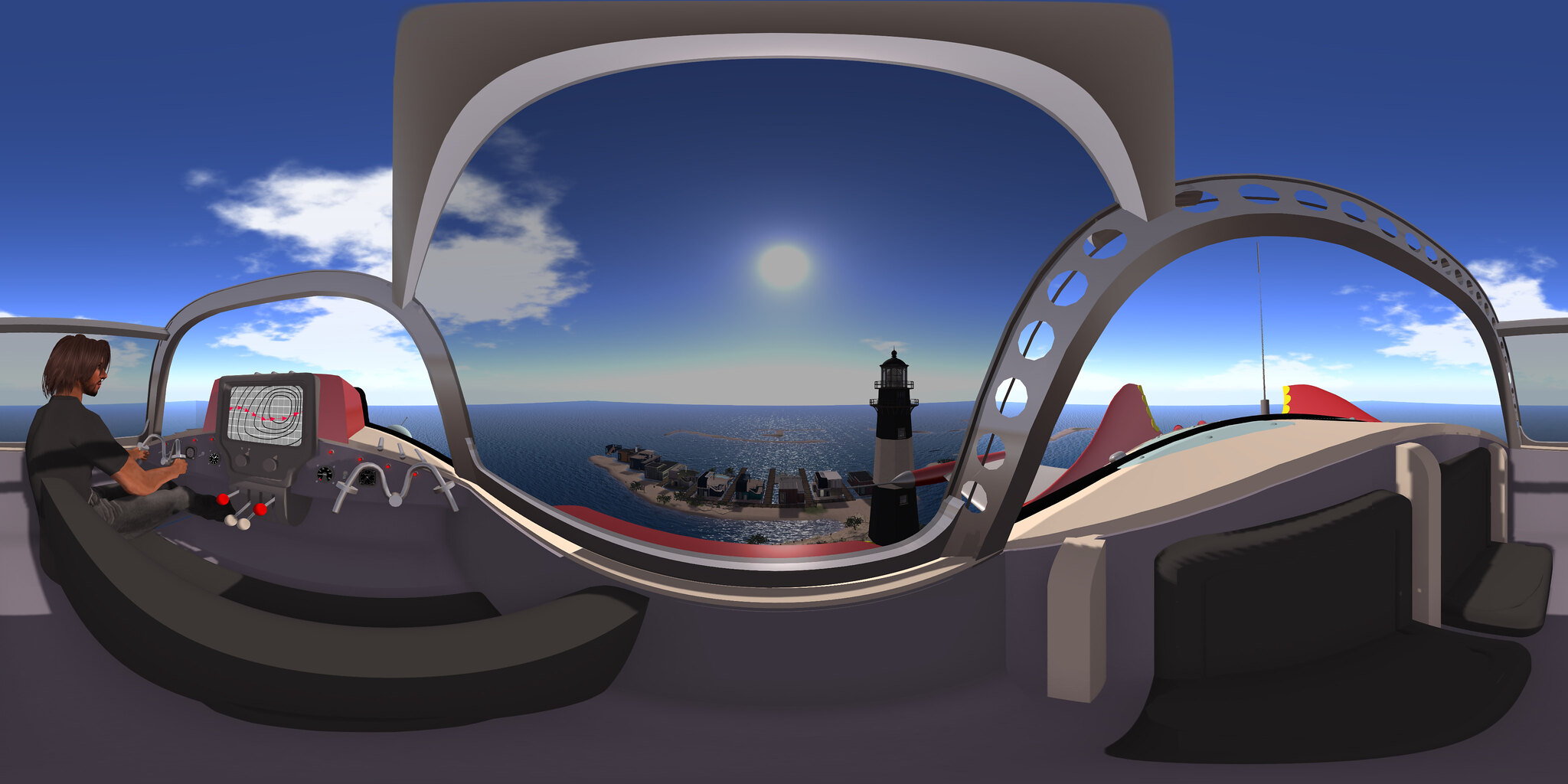 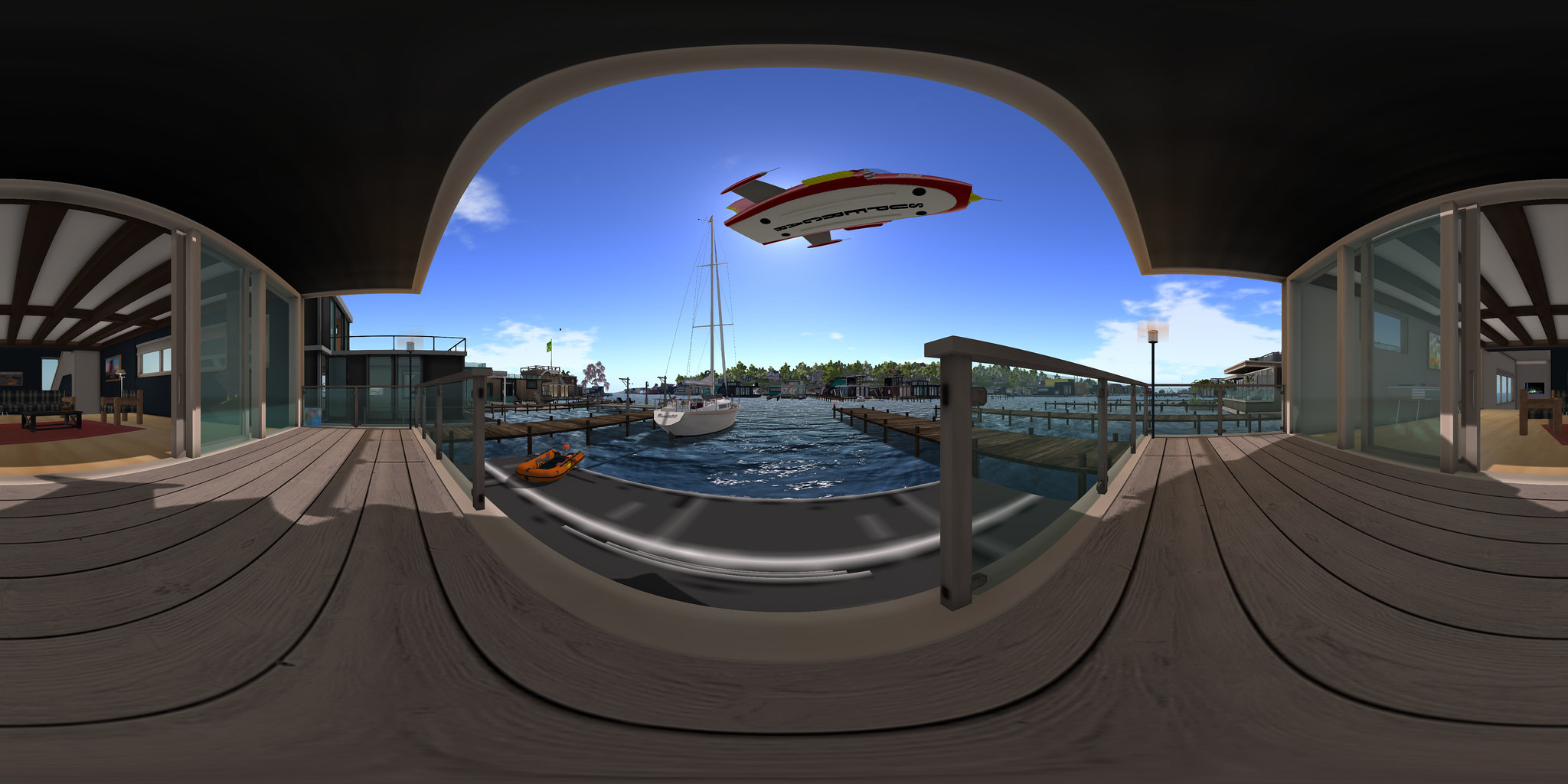 The above 360° images can also be viewed in this Flickr Photostream. 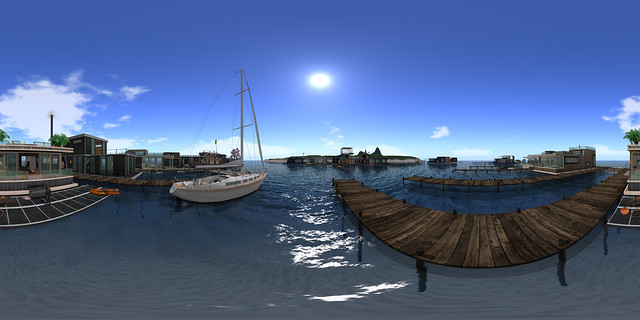 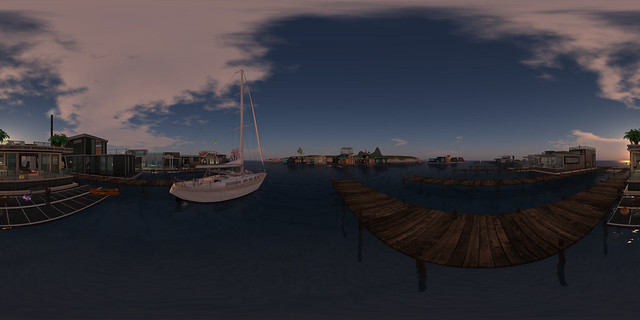 1 Response to 360° Snapshots in Second Life