Diva Canto provides the popular “Diva Distribution (D2)” precompiled version of OpenSim which includes a number of addon modules. One of these is called “Wifi” and provides a web front-end interface to OpenSim running in “Standalone” or “Grid mode with “Robust” services. 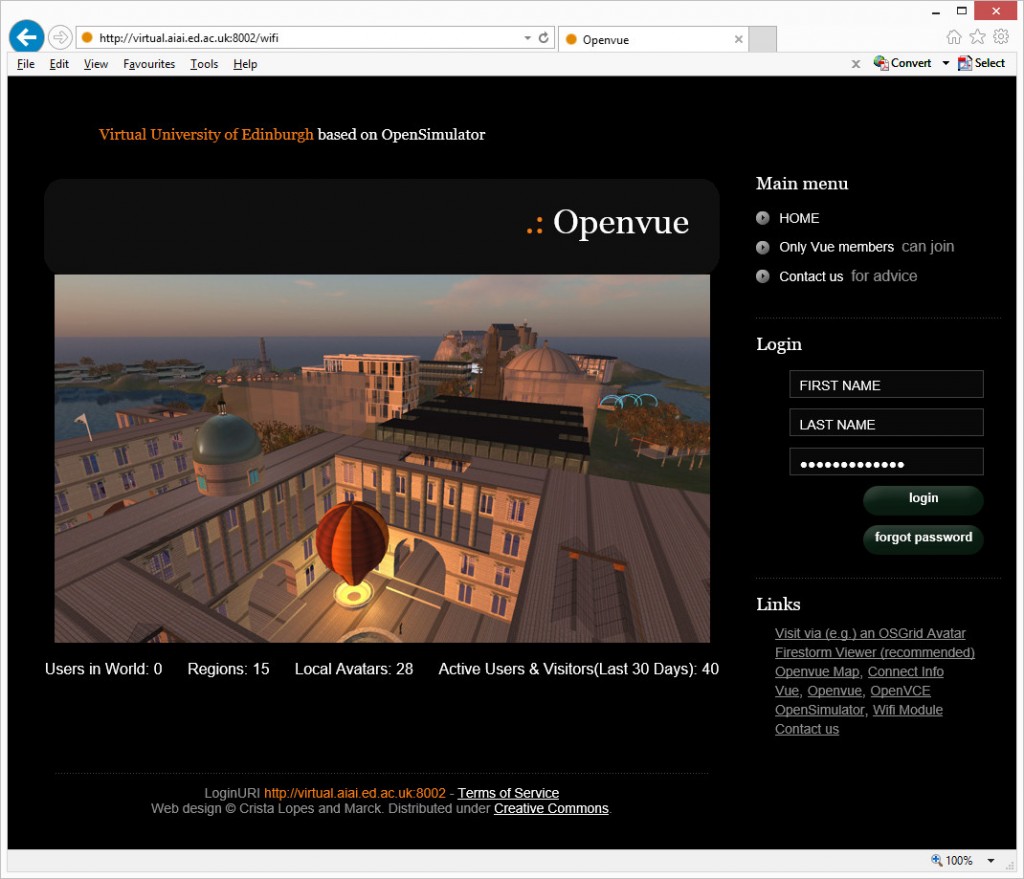 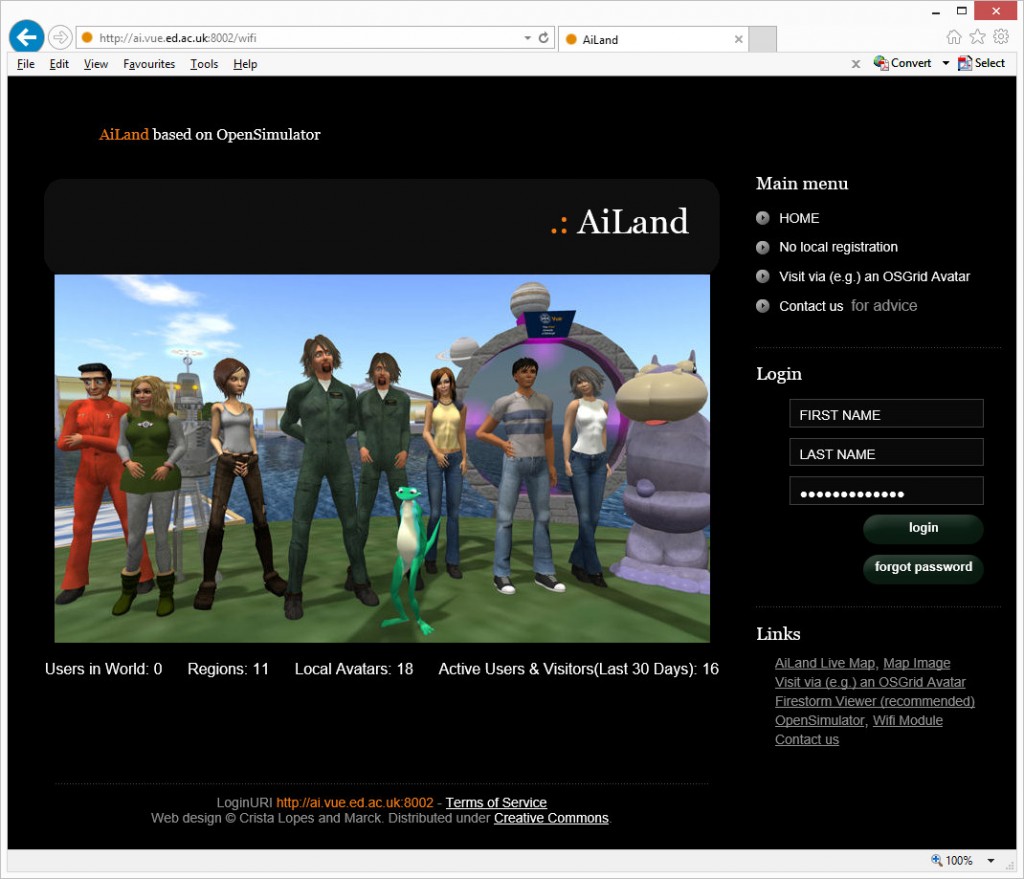 Wifi is documented on the OpenSim Wiki at http://opensimulator.org/wiki/Wifi through which links can be found to Diva Canto’s download and source areas on Github. Wifi serves web pages which provide services such as:

Wifi as an OpenSim Add-in

Wifi is provided as an “add-in” library. Diva Canto has provided a blog post which describes the new Wifi mechanism and how to build and configure it, mostly geared at Unix/Linux users.

In case it is helpful to those running Robust grids under Windows, I describe here the mechanism I use to build, configure and run Wifi on our own grids.

With the default locations suggested in Robust.[HG.]ini.example and OpenSim.ini.example for the add-in configuration and registry locations, the addins are picked up by both Robust.exe and OpenSim.exe and use the same configuration for both. This means that if Wifi is enabled in Wifi.ini it runs in both Robust.exe and OpenSim.exe. This is not what is wanted for a grid and means that Wifi is served on the OpenSim default port (usually :9000) as well as the grid services port (usually :8002).

Hence, the following is the configuration used on Openvue and AiLand grids to allow for separate enabling of Wifi for Robust.exe and disabling Wifi for OpenSim.exe. Wifi.ini is MOVED from bin/Wifi.ini to config-addon-robust/Wifi.ini. These configuration settings may be useful as a basis for what others might wish to use…

Setting up the Default Avatars for Wifi

Using the provided example Wifi.ini file you have an indication that you can select one of three default appearances for newly created avatars set up via Wifi. But in a new environment you must set those avatars up first.

This entry was posted in OpenSim and tagged OpenSim, Wifi. Bookmark the permalink.