A history of electricity conservation in a million readings 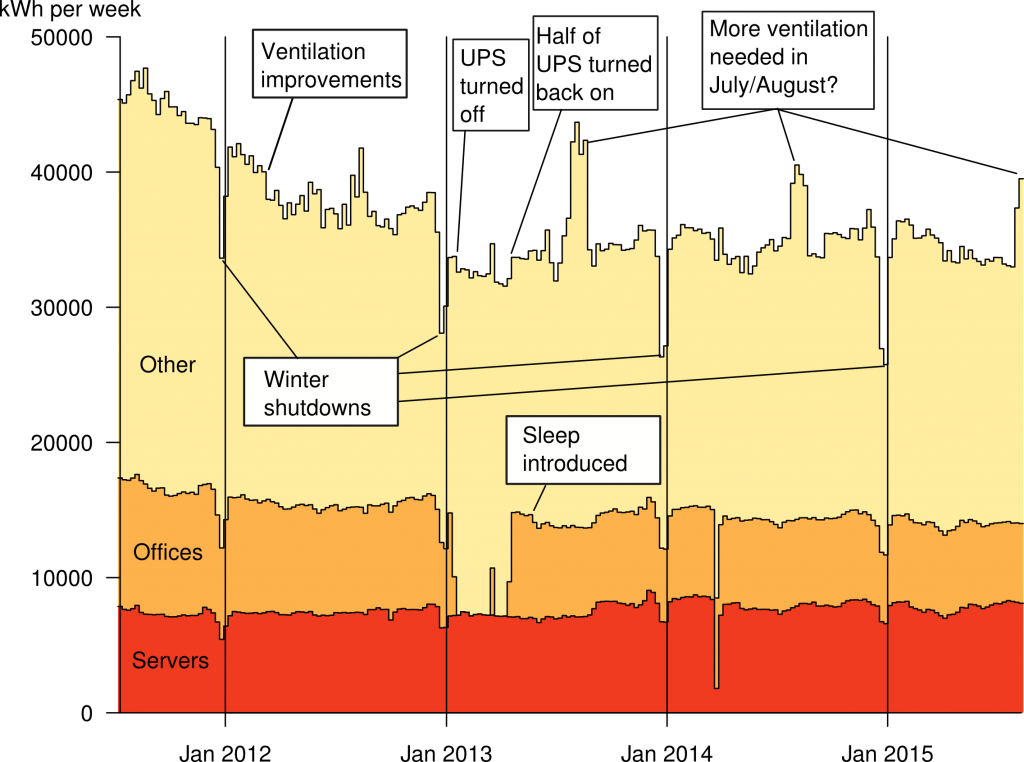 After a period of relative inactivity, prompted by being interviewed by the Social Responsibility and Sustainability Department, I’ve produced a plot of the electricity use in the Forum from July 2011 until now. July 2011 is when logs start from the Forum UPSs, which allows the electricity use to be apportioned between Servers, Offices (basically anything that runs from a socket in an office or seminar room) and  Other (ventilation, lifts, lighting, dishwashers, microwaves, coffee machines &c.). The graph reflects changes we’ve made to systems in the building quite nicely.

There are actually more than a million readings – actually 1,589,728 – which  I’ve now munged so that they’re almost all available from a SQL database. There is also a (at present poorly documented) R package that allows for easy querying and plotting of the data. It also does the work of extracting real power  from the UPS logs –  the Office UPS only supplies apparent power, so I’ve converted to real power using a power factor of 0.9, estimated from the Server UPS. Not included in the UPS power is the overhead required to run each UPS. Let me know if you’re interested in the data or the package.