Just some notes on what worked for me to update an HP G2 Elite ME firmware, when it isn’t running Windows.

There’s a bug in HP ME firmware that can brick a machine – http://h20565.www2.hp.com/hpsc/doc/public/display?sp4ts.oid=7815289&docLocale=en_US&docId=emr_na-c05306753
They’ve released an update that contains a Windows installer and an EFI installer.

To use the EFI update I needed:

Insert the USB into the G2.
Reset the G2, and press F9 or Escape to get to the option to boot from USB.
Select “File” and browse to the EFI/Boot dir and select Bootx64.efi (if it didn’t just automatically run itself).

You’ll probably get a warning about choosing to abort running startup.nsh, that’s an MSI file that is benign, and you could have not bothered copying it.

You can let it run, or skip it, eventually you’ll end up with at the EFI Shell prompt.

and the updater should run (without further prompting).

You could do some tidying and reorganising, eg that zip contains more than you need, but it shows that it can be done.

We are hoping to PXE boot into the EFI Shell, so hopefully removing the need to mess with BIOS settings. After some experimenting and reading, this looks like it is only possible by enabling EFI mode in the BIOS anyway, so doesn’t save you from having to fiddle with the BIOS.

Most of this is from memory, so some details may need checked.

Ongoing work in Forum over Summer

This is a repost of an email sent to if-people by Dave Hamilton. The original can be found at https://lists.inf.ed.ac.uk/mailman/private/if-people/2015-June/002378.html (only accessible to list members).

Attached are the drawings showing where the hoarding will be going up on the 3 levels that will be affected by work over the next 6 to 8 weeks.

Note that if you are on level 2 the route you may need to take to your office may have to be adjusted and likewise for some occupants on level 4 when that level begins around 13th Jul.

In the event of an emergency all usual evacuation routes will be available (i.e. you may head through the construction area corridor if necessary. A clear route will always be maintained).

Please refrain from entering the construction area at all other times. 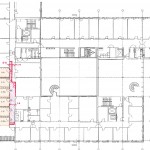 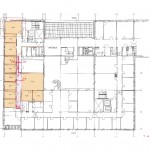 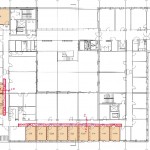 Comments Off on Ongoing work in Forum over Summer |