We’re pleased to announce a new version of Virtual DICE for the 2017-18 session. Here’s how to download it. If you don’t know what Virtual DICE is, read on.

The managed Linux machines here in the School of Informatics run an environment which we call DICE. It’s based on Linux. We use DICE on desktop computers and on servers, but we also make a VirtualBox virtual machine version of it, intended for personal machines. This virtual version is called Virtual DICE.

Twice a year we release a new version of Virtual DICE. The latest version, released on 4 October 2017, has the hostname rezzonico and this login screen: 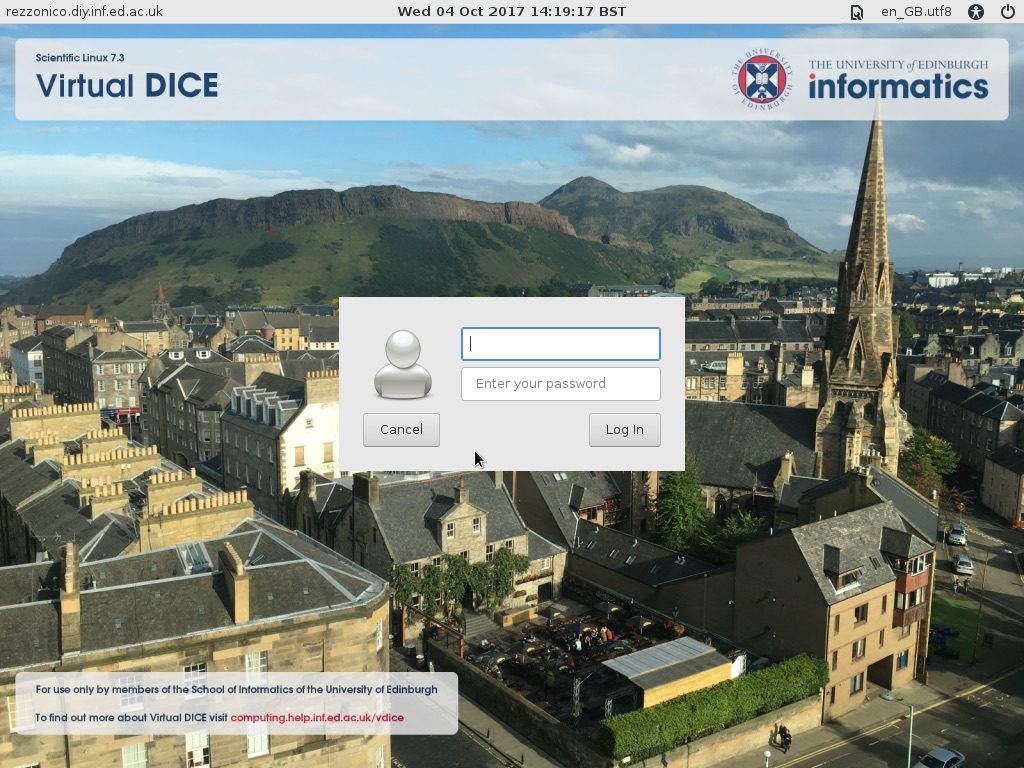 If you have an earlier version of Virtual DICE, please export whatever files you want to keep (for example, copy them to your AFS home directory) then delete it and install the new rezzonico version instead.

Chris Cooke is a Computing Officer in the School of Informatics at the University of Edinburgh. He works in the Managed Platforms Unit and rides a very large bicycle.
View all posts by Chris Cooke →
This entry was posted in Uncategorized and tagged Virtual DICE. Bookmark the permalink.